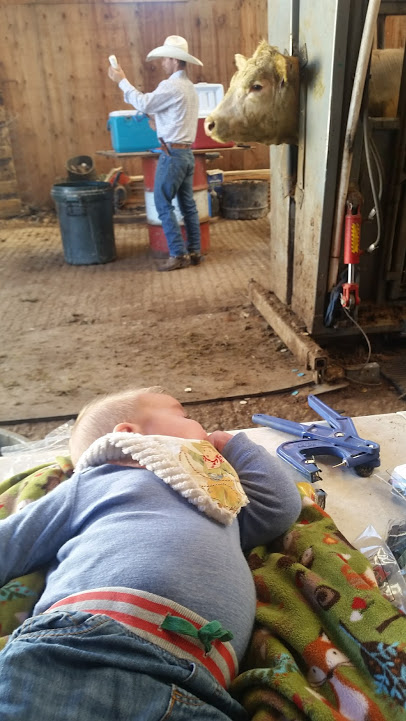 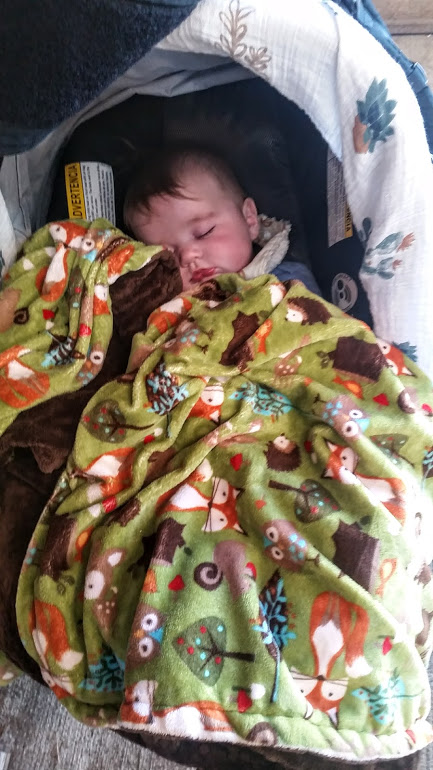 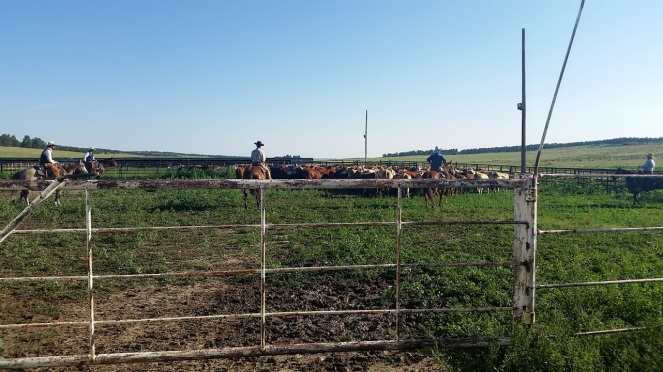 Yesterday we preg checked our first group of cows for the year. These are the heifers who will have their first calves this coming January. I won’t lie to you, it was sort of a hard day for me. It was our last day on this ranch, and we won’t get to see these calves born next year. I’m going to miss this place and this crew with my whole heart. It was great, though, to see how good the cows looked, and to end on a high note.

Preg check (or palpation) is something that happens on the majority of ranches, whether commercial or registered. On many non-registered ranches, it will be the only time all year the cows will be in the chute! The purpose is to see which cows are pregnant (bred) and which ones are not (open). In order for a ranch to stay afloat financially, cows should have and wean a calf every year, otherwise you will be spending money to take care of cows who aren’t making you any of that money back since the sale of calves are the bred and butter for most ranches. Most ranches will ship their open cows and their culls (cattle that are being got rid of for one reason or another) soon after–if not immediately after–preg.

There are different ways to go about pregging cattle–some ranches hire a vet to come out and just call bred or open, some ranches (like this one) have a vet come out and ultrasound to give us an idea of due dates (and sometimes a heads-up about sexes of calves or twins, or physical problems with a cow like an infection or goofy ovary or narrow pelvis that might present difficulties later), and some ranches have a cowboy or employee on staff who knows how to palpate cows. All involve shoulder-length gloves, lots of lube, and the requisite plastic clothing or strong stomach.

(Our vet has the coolest deal where she wears goggles that show the ultrasound rather than having to lug along a big screen and it’s seriously the coolest. She’s an entirely mobile, self-contained unit!)

We had 260 heifers to check yesterday, and the boys did great! Buster spent his time being held by/sleeping on various people and surfaces, and Wacey alternated between helping me and his daddy in the barn, and playing in a pile of dirt with his tractors, and terrorizing the guys with flags and (defunct) hot shots. There was a touch-and-go moment where he quite literally got stuck in a mud puddle and almost got his boots squelched off but we all came out unscathed and only a little more worse for wear!

This fall feels so strange because it’s the first time in seven years that we will not be pregging and weaning calves for months. The new ranch we’re going to will preg all the cows at once, ship the calves at the same time, and be done with it. I’ll explain more as we go on, but I imagine it feels a lot like a newly-retired accountant who only has to prepare their personal taxes. Strange, but not bad, but maybe a little empty? Or maybe the word is less hectic? Either way, #newbeginnings, and #slowfall. You know, like the Slow Food Movement? Ours will be the Slow Fall Movement.

That’s not to say, of course, that we’ll be idle. There will still be cattle to gather, calves to ship, cows to preg, opens and culls to ship, projects to do, and water to chase, but it will be a lot less of an exhausting marathon and more like Forrest Gump’s jog. He looked like he was having a lot more fun than most marathon participants I’ve seen, anyway.

Anywho. Happy Tuesday, and I’m here to tell you that the original, Bieber-less version of Despacito is really the better one.